Daisuke Sano, Hiroshige, and the 53 Stations

I’ve mentioned them before here on the website, but when I saw these Suiban by Master Painter Sano Daisuke, I thought these would be an excellent opportunity to go into much greater detail about Ando Hiroshige’s 53 Stations of the Tokaido Road.

The Tokaido Road was the commerce and transport artery between the Shogunate capital of Edo and the Imperial capital of Kyoto. Hiroshige first traveled it in 1832, and created the first series of woodblock prints of the 53 stations a year or two later. Along with Katsushika Hokusai’s(previously mentioned on the blog as well) woodblock prints, they created a new trend among the Japanese literati for landscape prints.

Hiroshige’s prints of the 53 stations are important both to Japanese art in general, and bonsai pottery art specifically. Many(if not all) of the major painters of bonsai ceramics have painted versions of the 53 stations, first, and most famously, Tsukinowa Yusen. I’ve also seen full versions, and parts, from Tsukinowa Shosen(at last years Gafu Ten a full compliment was displayed) Fujikake Yuzan, Tosui, Isseki, and Haruyoshi. The most famous of Hiroshige’s 53 Stations is the Hōeidō edition, which includes views of the 53 stations plus an extra for the Nihonbashi and Kyoto, for a total of 55 prints.

The version presented here is Sano Daisuke’s rendering of the Hōeidō edition in full. For comparison shots, see
Hōeidō edition Wiki
And scroll down to the “The Fifty-Three Stations of the Tōkaidō (Hōeidō edition)”.
Now, on to the Suiban! 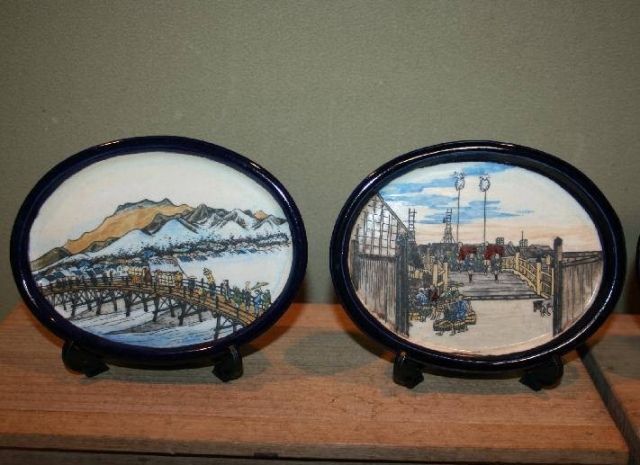 Here, for comparison, is a detail view of Hiroshige’s original “Nihonbashi” and Daisuke’s Homage. Note the differences. 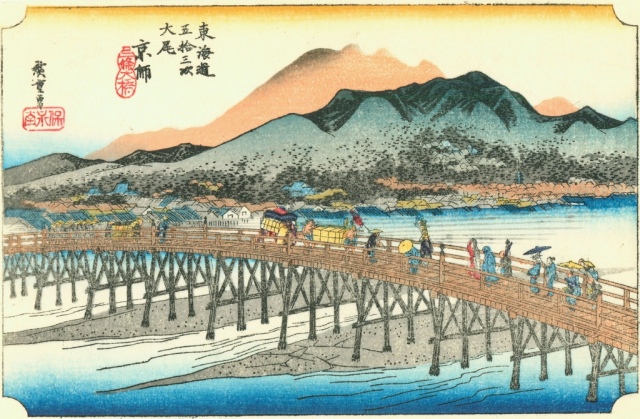 And the original 55th print, Arriving at the Capitol. 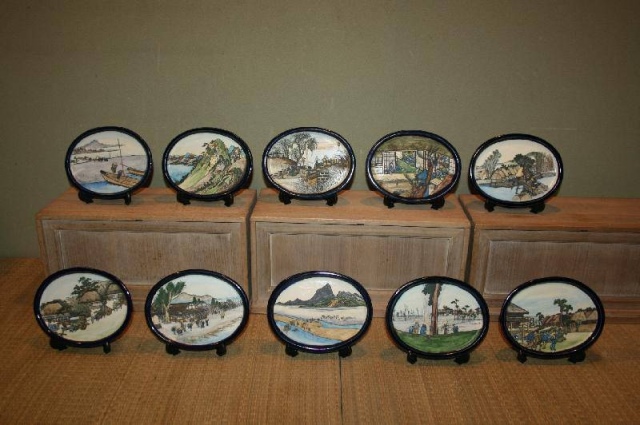 The full collection, 55 Suiban by Daisuke with Kiri Bako. 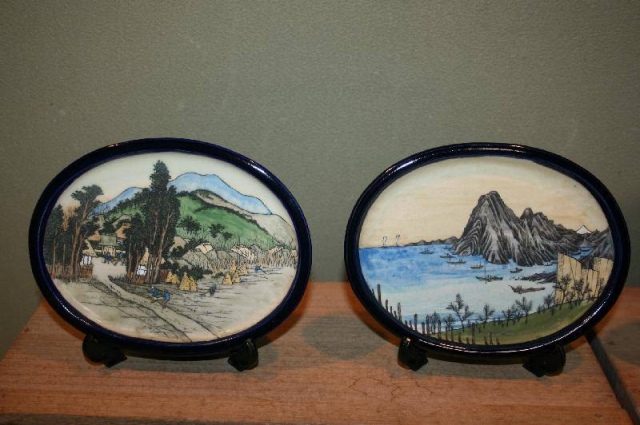 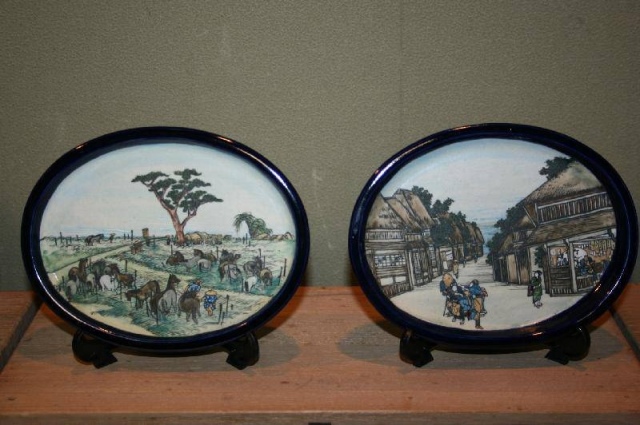 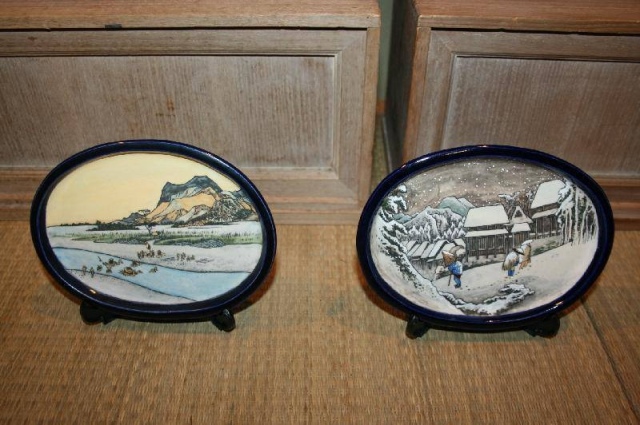 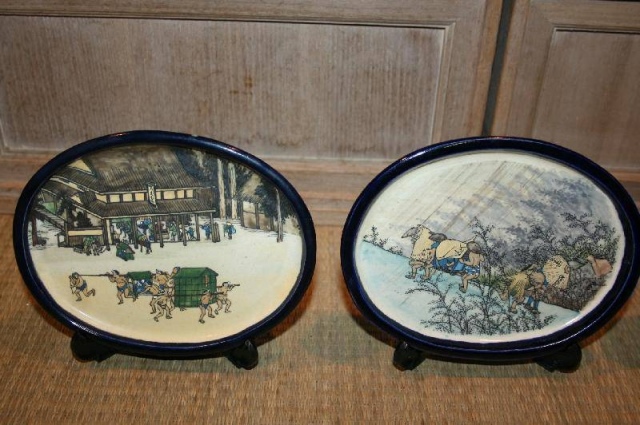 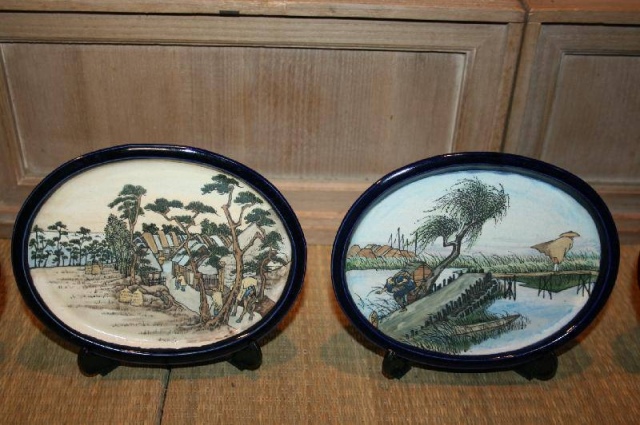 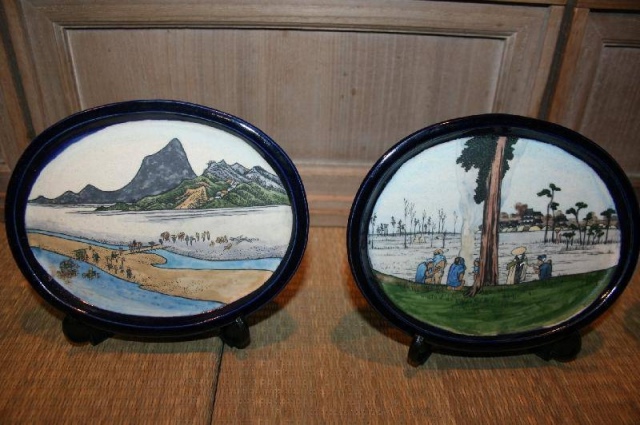 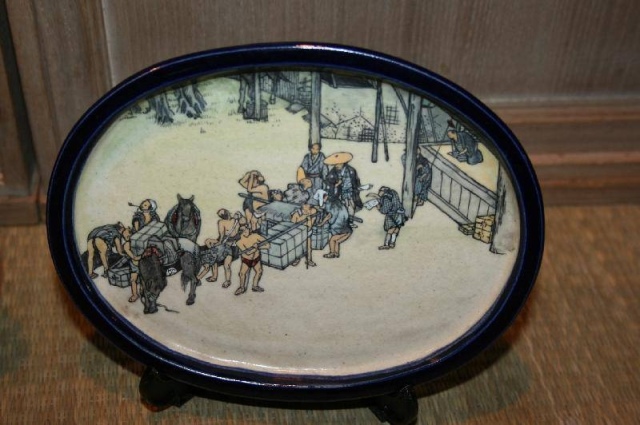 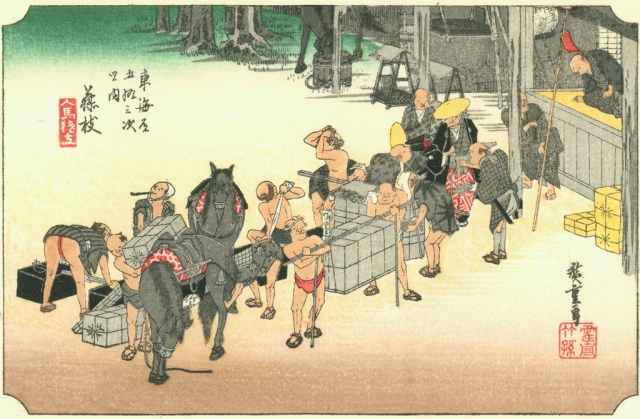 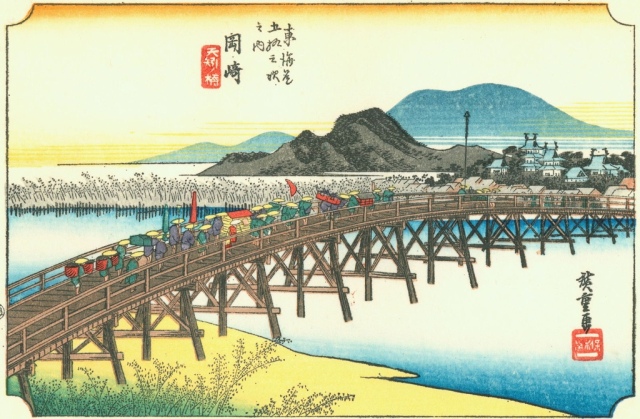 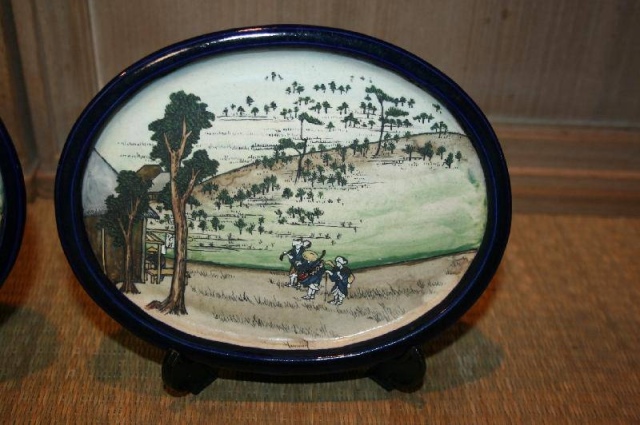 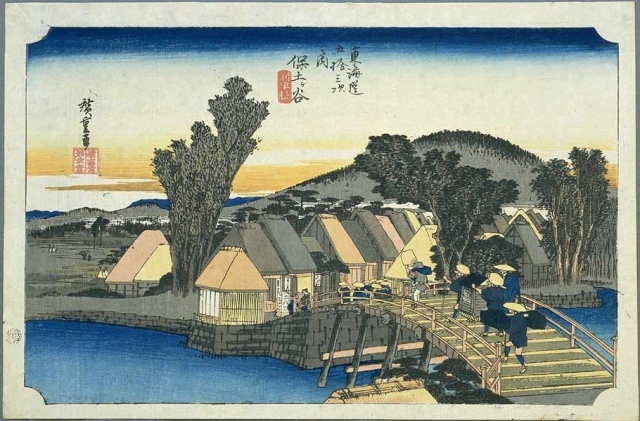 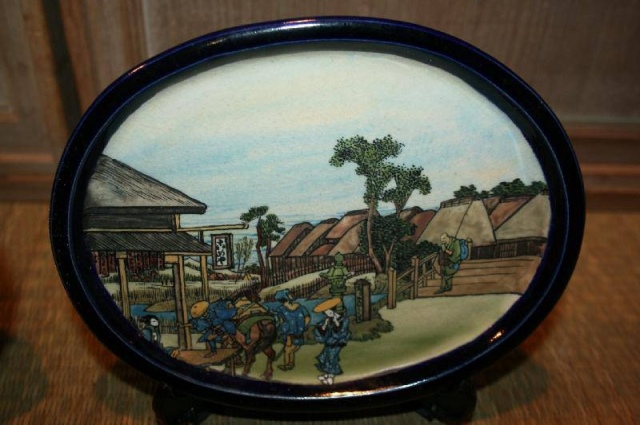 And, a few other Homages to the 53 Stations: 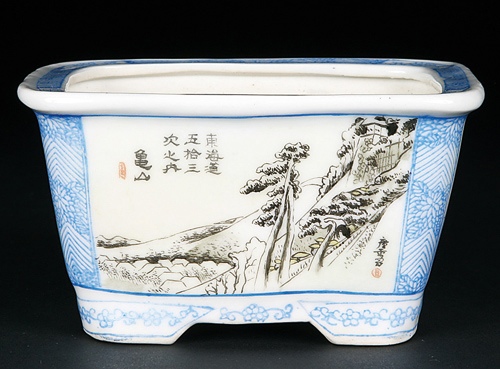 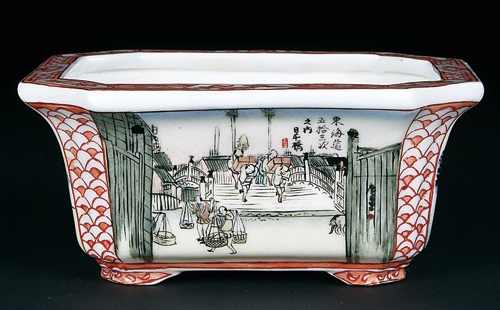 First, we have the entire 55 prints emulated by Chinese Painter 景徳鎮, KeiTokuShin, with two detail shots. 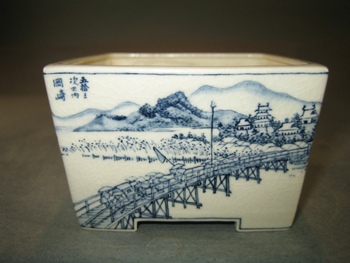 Haruyoshi Winter scenes. While not direct copies of Hiroshige’s Tokaido, they owe much to Hiroshige’s depiction of “Kambara”.

“Kambara”, the 14th station, by Hiroshige.

Thanks for reading! I hope you’ve enjoyed seeing this glimpse into the history of painted Bonsai containers. Up next, Bonsai Sekai article, and From my Collection 16!
Happy New Year!

I've been collecting Japanese Bonsai pots for a few years, and feel that the famous, and some of the lesser known but great Japanese pot artists could do with a little more writing and exposure in English. Additionally, this blog will feature My own And others bonsai for discussion. The purpose of this blog is to further knowledge of Japanese pottery and Japanese style bonsai. If you have any questions about Japanese bonsai pottery, or would like to acquire pots by some of the potters presented in the blog, feel free to email me at gastrognome@aol.com
View all posts by japanesepots →
This entry was posted in Famous and Antique Potters. Bookmark the permalink.

1 Response to Daisuke Sano, Hiroshige, and the 53 Stations