Ino Shukuho is a legacy of 3 generations of potters, each with different styles and techniques.  The current Shukuho, Ino Yoshiki, was born in 1943.  His father, Ino Kiichiro, was a purveyor for the Imperial Houshokd, and was close friends with Heian Tofukuji; many of Tofukuji’s greatest later works were fired in the Shukuho kiln.  Shukuho has won numerous prizes and awards, and his containers are some of the most popular for Shohin bonsai in Japan.  The vast majority are carved from a single block of Kyoto clay, leaving production levels very low due to the labor intensive nature of the method.

Many works were commissioned bY Takeyama San of Fuyo En, who was a driving force behind some of the kiln’s later designs.  It’s said that 3rd Generation Shukuho’s Oribe Glaze is virtually identical to Tofukuji’s.

Now on to the pots! 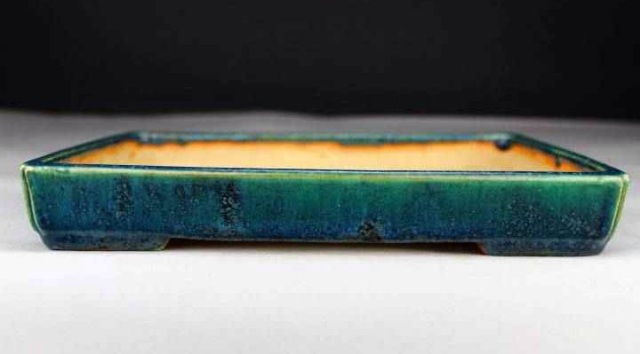 Another Oribe, this one showing quite a bit more blue streaking over the green. 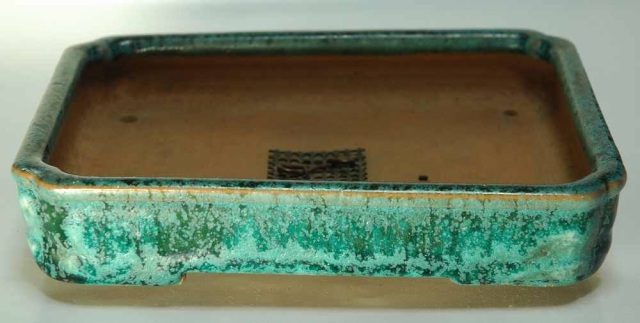 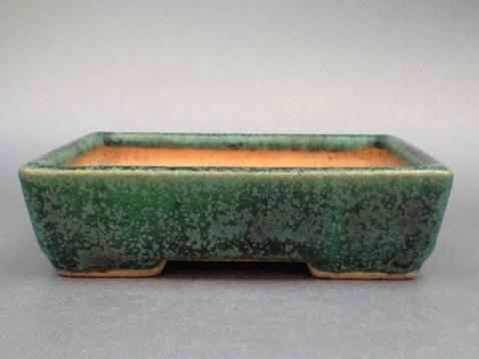 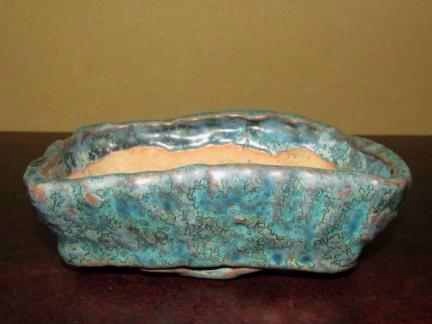 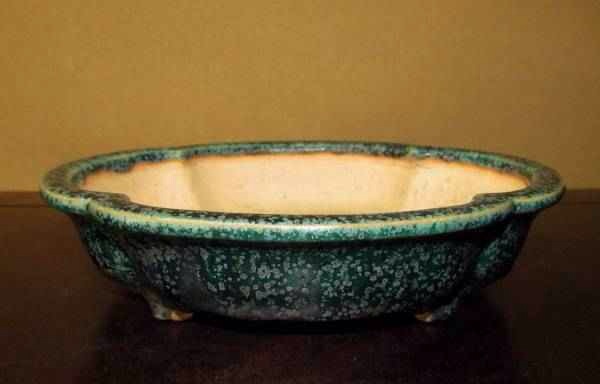 Rare mokko shape in a darker green with crystals. 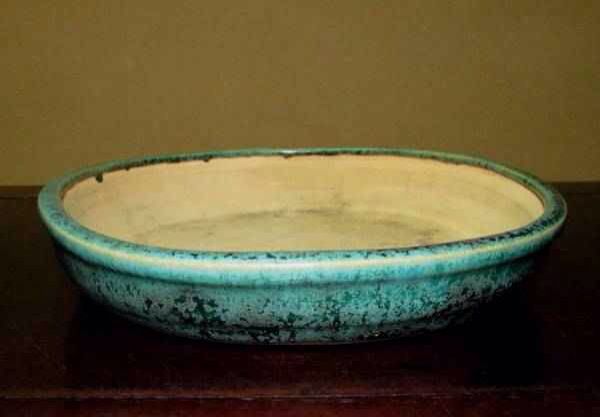 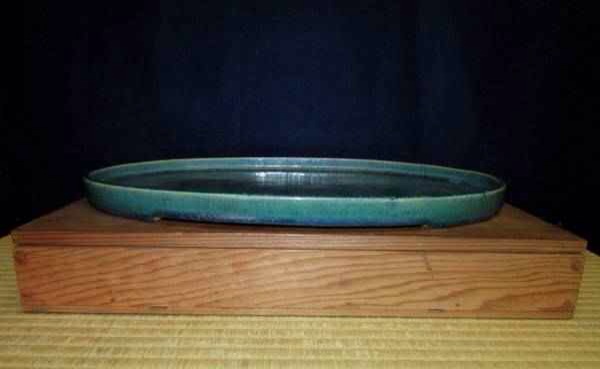 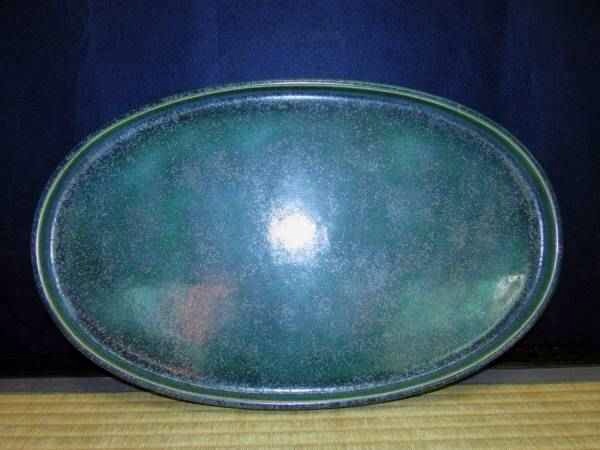 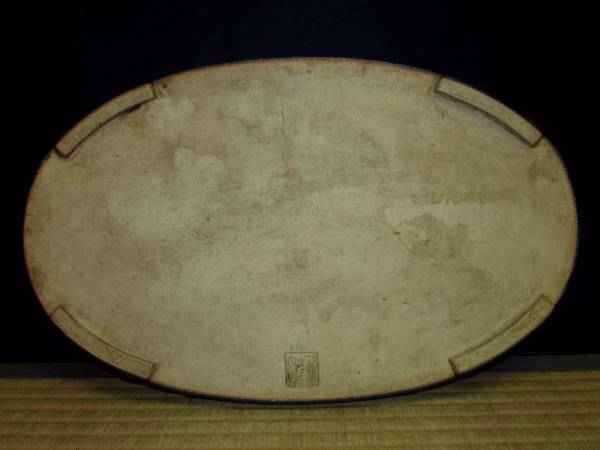 A rare and exceptional Suiban in Oribe green with blue touches. 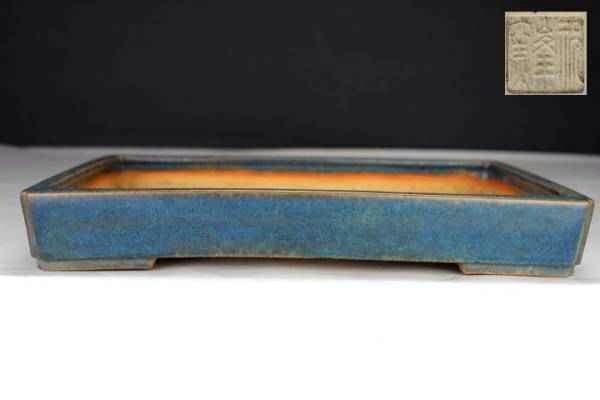 A light blue rectangle with cut corners and speckling. 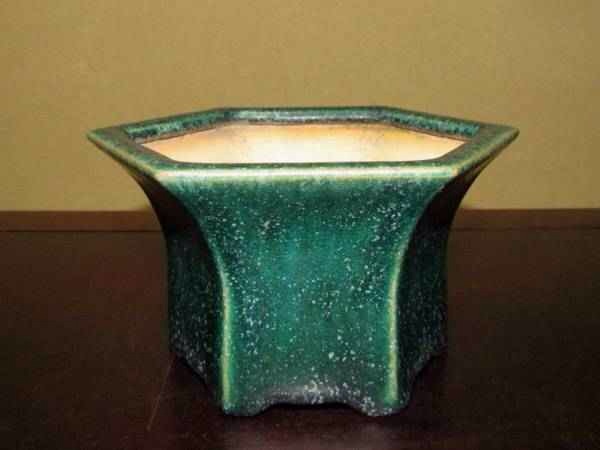 A really six-sided cascade in Oribe green with crystals. 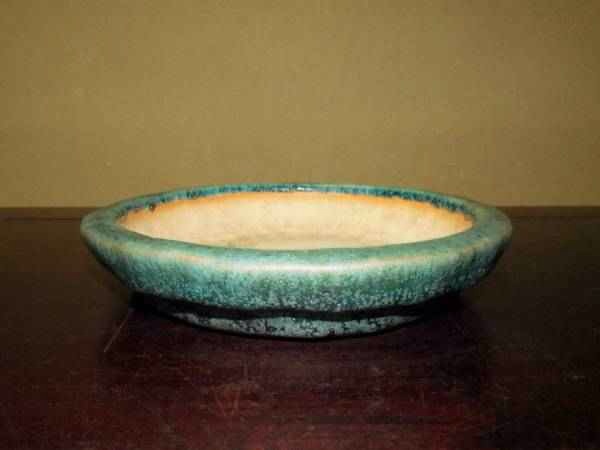 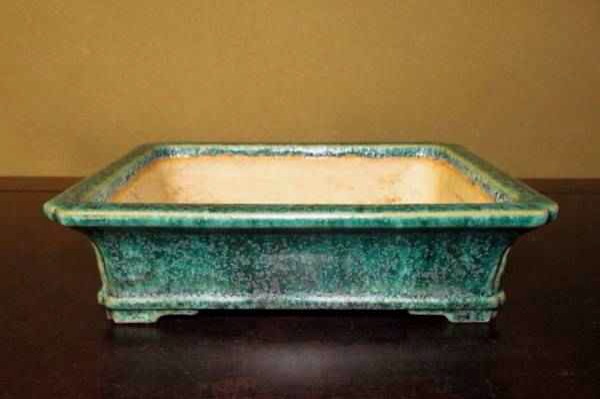 A rarer style rectangle in Oribe with cut corners and great crystal speckling. 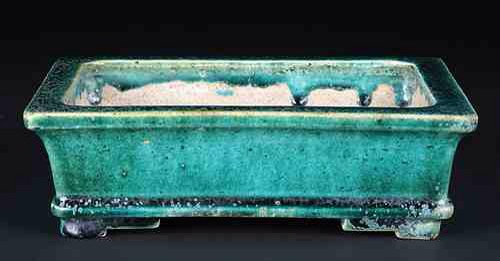 For comparison, a world class Tofukuji Oribe in a similar shape and glaze. 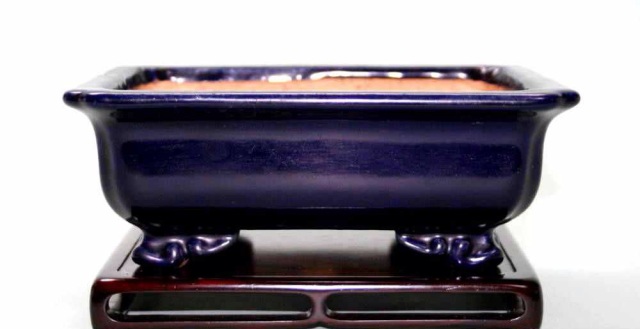 An interesting Oribe blue with some texture under the glaze. 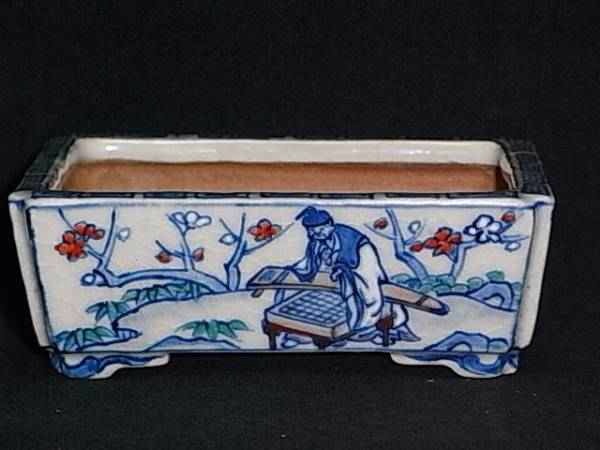 While these traditional Kyo-style overgraze enameled and painted pieces are more typical of first and second generation Shukuho works, some exist from third generation as well. 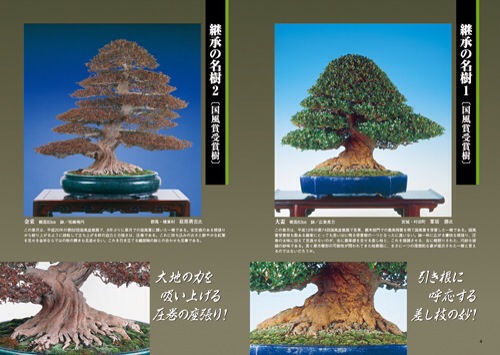 And We’ll finish up here….with this Satsuki at the top left, Kokufu Sho Prize winner, in a Shukuho container. 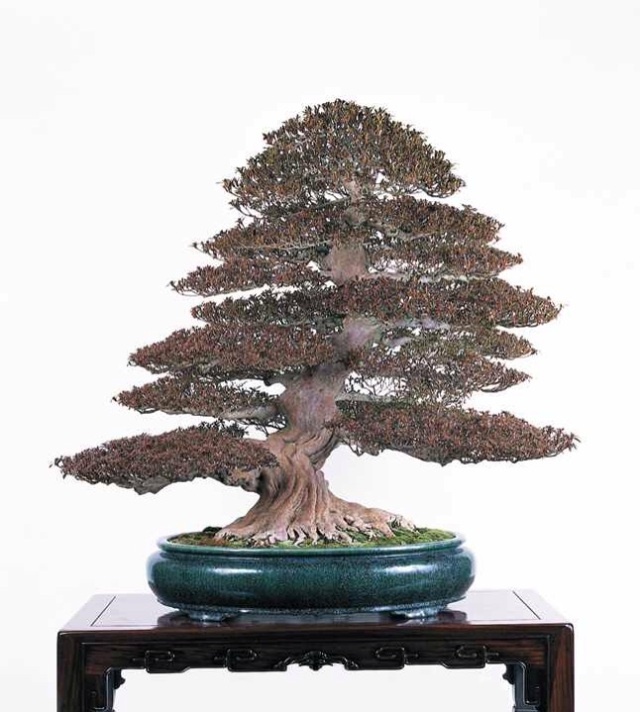 That’s one sweet Satsuki!  And the Shukuho matches it perfectly. 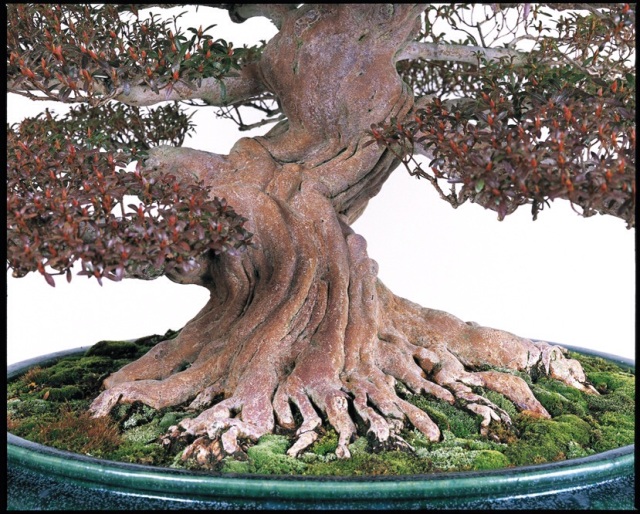 Hope you’ve enjoyed this look at Shukuho bonsai containers.  Thanks for reading!