Today we’ll take a look at painted pots by Shuuiudou Yuraku. He was born in 1953, and died in 2001. Yuraku was exposed to the work of Tsukinowa Yusen early in his career, at age 30-1983, during the boom of bonsai and bonsai pottery in Japan. He would spend the rest of his life emulating and glorifying Yusen’s style. Later work shows an individual painting style that differs from Yusen, very highly refined and detailed. Through trial and error, he duplicated the work of the master, and it’s said that his greatest works are the equal of Yusen’s from his heyday. Less than a hundred of his pots of the professional stage of his career are still in existence.
Let’s take a look at some of his pots!

A really great red painted pot with landscape, hut, horses and riders. The influence of Yusen is pretty clear from this pot, as we can see in the next image, a pot by Yusen. 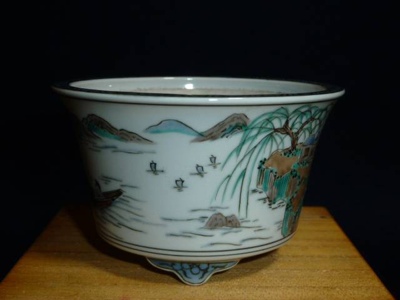 Three views of brilliantly painted water scene in 5 colors. Unlike some 5 color pots, this Yuraku manages to be bright and highly detailed without being cartoonish.

Two sides of a 5 color round, one with an highly detailed wagon, and the other a landscape. Really nice details and brushwork. 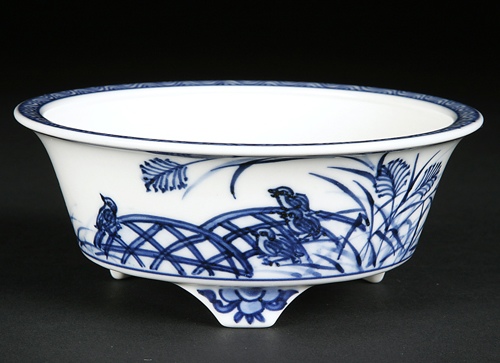 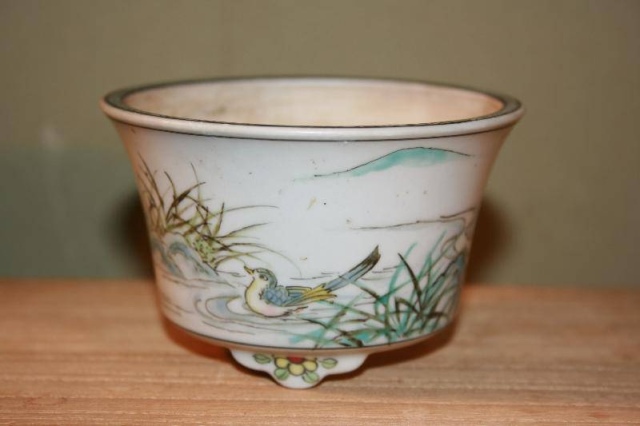 A trio of waterfowl in the 3 basic porcelain painting styles: Sometsuke, Akae, and Go-Sai. All three are copies of Yusen pots, the last being a quite famous one featured in the Kinbon 3 volume pot book set, Yuraku section, page 79.

The opposite side of the sometsuke waterfowl pot above. 3 gentleman engaged in some activity, I’m not sure what. Tug of war with a scroll? 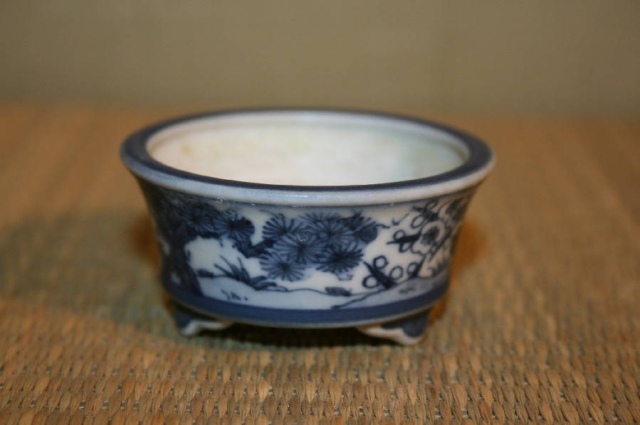 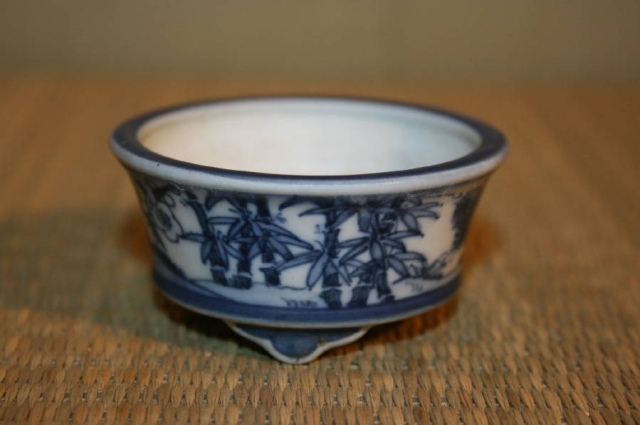 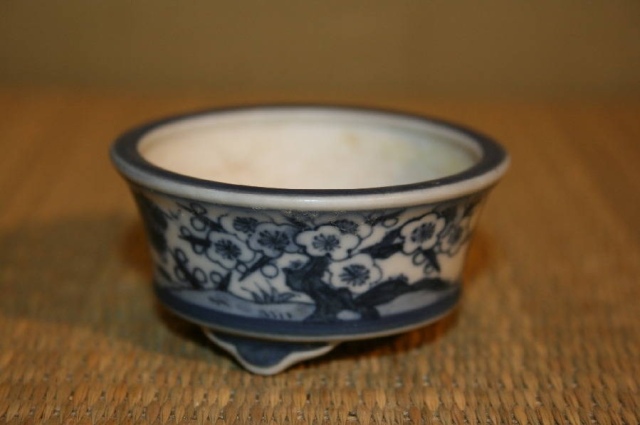 With the first month passing us by, we’ll finish up our look today with well wishes for the new year. Pine, Bamboo, and plum, traditional Japanese symbols for long life and strength, vitality and vigor, and reawakening in the New Year.
Hope you’ve enjoyed taking a look at the pots of Yuraku! Check back soon, I’m writing up a post on Takao Koyo as I put the final touches on this one!

I've been collecting Japanese Bonsai pots for a few years, and feel that the famous, and some of the lesser known but great Japanese pot artists could do with a little more writing and exposure in English. Additionally, this blog will feature My own And others bonsai for discussion. The purpose of this blog is to further knowledge of Japanese pottery and Japanese style bonsai. If you have any questions about Japanese bonsai pottery, or would like to acquire pots by some of the potters presented in the blog, feel free to email me at gastrognome@aol.com
View all posts by japanesepots →
This entry was posted in Modern Potters. Bookmark the permalink.